Oxalo: A pill a day to keep kidney stones away

Oxalo: A pill a day to keep kidney stones away

A study conducted from 1984 to 2012 concluded that the occurrence of kidney stones in men doubled and went up more than 4 times for women during that time period. One of the major culprits, according to another study cited by Time magazine, was increased reliance on oral antibiotics. Oxalo Therapeutics, a startup borne out of the University of Chicago, is closed to developing a solution – the first-of-its-kind drug to prevent kidney stones.

The biotechnology startup is developing a peptide-based pill, which could prevent the growth of kidney stones by reducing the level of oxalate in blood and urine. It is being helped along thanks to $2.3M in funding from the National Institutes of Health (NIH). The company will receive the grant in two tranches – one this month, and another a year hence in September 2019, as part of the NIH’s Small Business Technology Transfer Program.

The Small Business Technology Transfer Program (STTR) is one of the largest sources of funding for technology commercialization in the US, and aims to foster technological innovation and public-private partnerships. Like PreScouter, the program searches for innovation in academia, and then tries to bring it to market through commercialization.

Oxalo Therapeutics was founded in academia in February 2017 by Dr. Hatim Hassan, an assistant professor of medicine at the University of Chicago, and Yang Zheng, a student at the university’s Booth School of Business. They named the company after Oxalobacter formigenes, a gut bacteria linked to reduced risks of kidney stones. They had received $250k from the University of Chicago Innovation Fund in December 2017, and $25k from the Booth School of Business’ New Venture Challenge in May.

The company has yet to generate any revenue – according to Zheng, Oxalo’s COO, it is because their focus is on progressing through the scientific development process as quickly as possible, while remaining well-capitalized. This process involves de-risking studies, animal studies, as well as optimizing the formula with which to take the drug to market. According to Crain’s Chicago Business, Oxalo is expected to take 2 years before coming to market. Zheng also gives credit to the University of Chicago’s Polsky Center for Entrepreneurship and Innovation.

The reason they’re generating this much support and attention may have to do with the stunning business potential for the idea. According to the National Kidney Foundation, the lifetime risk of kidney stones is 19% for men and 9% for women. The only way to currently prevent kidney stones is through lifestyle changes.

Current consensus around preventing health suggests dietary changes – drink more water, eat less sodium, eat more calcium-rich foods, eat fewer chocolates and reduce intake of animal protein, and so forth. However, even a cursory understanding of human nature would demonstrate that such changes are hard to adopt.

The prospect, therefore, of an orally administered preventive pill which can actively reduce oxalate levels – correlated with the incidence of kidney stones – they can provide the solution for kidney stones that patients have been waiting for. One which is easy to adhere to, doesn’t require much change with lifestyle, and is effective could come as welcome relief.

The increasing frequency of kidney stones suggests that for reasons which we are still discovering in more detail, this is an escalating problem with no end in sight. However, the cause for this increased frequency is still unknown. Treating oxalate levels in the blood and urine will certainly help reduce the chances of kidney stones, but we have no way of determining the effectiveness of this solution in the longer term. Given that the cause for the increasing frequency of this medical problem continues to be unknown, Oxalo’s pill might not address the root problem.

None of that, however, changes the business potential of Oxalo’s pill. Looked at purely from a commercial perspective, the trend suggests that the market for the pill is growing. Since the pill isn’t a cure as much as it is a way to keep oxalate levels under control, it would require regular use. It would be the first conventional medical preventive treatment for kidney stones, and as such holds the potential for changing the market for treating kidney stones forever.

According to a market research report, the kidney stones management market is expected to hit $3B by 2022 at a 4% CAGR. The stakes and the human costs are extremely high, too – each year, more than half a million people go to emergency rooms in hospitals for treatment for kidney stones. While fatalities from kidney stones are largely unheard of, their impact upon the quality of life of Americans is likely to be large.

If Oxalo’s pill ends up being effective, it will be a very useful way to control and reduce Calcium Oxalate stones, which are the most common form of kidney stones. Having a product which caters to 1 out of 10 Americans and gives them relief from this commonplace medical condition lends greatly to the company’s potential.

Oxalo is currently looking to increase their total capital through the MassChallenge Boston, a nonprofit competition which promotes top businesses. The challenge awards winners $105k to the top early-stage startups, and Oxalo has made it to the top 26 and results will be announced in October. 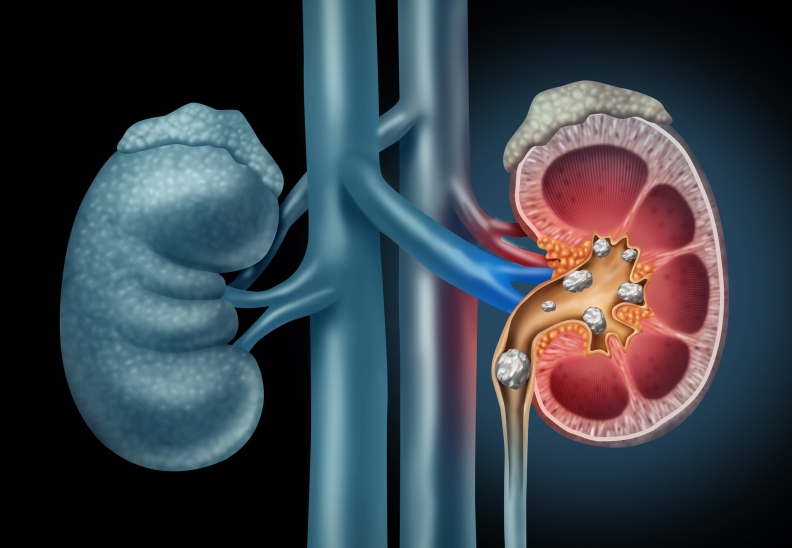 The end goal, Zheng says, is partnering with a large pharma major, or selling their asset to one to bring it to market. Until that payday comes, Oxalo looks all set to crush the challenges in their past – and move further along the road to developing their pioneering solution.